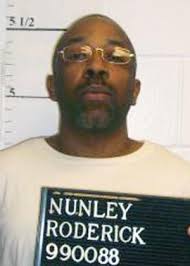 The book has been closed on a quarter-century old murder case with the execution of the second killer involved.

Roderick Nunley, described by a former Kansas City policeman who investigated the murder of Ann Harrison in 1989, and who witnessed Nunley’s execution, says Nunley was an “evil man” who stabbed the 15-year old girl with a large knife, using such force that the blade went through her body.

Nunley’s partner, who raped the girl and stabbed her with a smaller knife, Michael Taylor, was executed last year. Nunley died quietly on a gurney in the execution chamber at the Bonne Terre Prison, hardly moving as five grams of pentobarbital ended his life.

Ann Harrison was snatched from a school bus stop about sixty feet from her home on the morning of March 22, 1989.  Her body was found in the trunk of the stolen car used by Nunley and Taylor three days after she was put in the trunk and stabbed repeatedly. 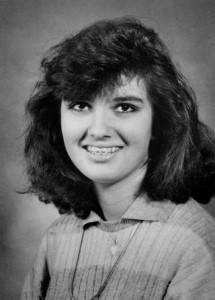 The case broke open about three months later with a call to a police tips hotline.

A corrections department official who was an official witness to the execution says Nunley was violent throughout his time in prison and almost stabbed a unit supervisor to death at the Potosi prison, hoping the incident would delay progress on his death penalty case. The supervisor survived. Officials refused to file charges against Nunley so the capital punishment case could keep moving. He says Nunley was one of the few death row inmates who could not be allowed in the general prison population and was often kept in solitary confinement.

Nunley’s execution was delayed about three hours until all appeals were resolved. He was pronounced dead at 9:09 p.m. He had no final statement.

Two members of Ann Harrison’s family and two family friends witnessed his death. Nunley had no relatives, friends, or spiritual advisers with him when he died.

Previous Post: « Missouri executes second man for ’89 murder of Kansas City teen
Next Post: Royals catch Verlander at the wrong time and Cueto continues to struggle with his new team »