You are here: Home / Crime / Courts / Parole hearing is Thursday for man in Missouri prison for 21 years for marijuana offenses

Jeff Mizanskey will present his case for why he should be paroled during a hearing Thursday. He is the only man sentenced to life without parole for marijuana possession and distribution under a persistent offender sentencing law from the 1990s that has since been changed. 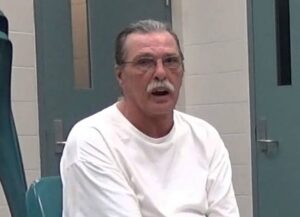 Mizanskey has been in prison for more than two decades and says parole is not a right, it’s a privilege.

“There are a lot of different feelings going right now. All I can do is hope for the best and plan for the worst,” says Mizanskey.

Mizanskey says 21 years in prison is long enough for a non-violent crime.

“There are people who do belong in prison, don’t get me wrong,” says Mizanskey. “But, most of them deserve a chance at parole. I think I’m one of those who deserves a chance.”

Mizanskey talks about what he’s learned in more than two decades in prison.

“From what I see, a lot of people in the world need help and a lot of them aren’t getting it. They’re getting put in here and the keys are getting thrown away and they’re locked up,” says Mizanskey.

Those who argue Mizanskey should be let out of prison note that in his 21 years inside, he has been written up only twice:  once for having a dirty cell, and once for putting a piece of mail in the wrong box.

A petition with nearly 400,000 signatures was delivered to Governor Nixon in April asking for clemency for Mizanskey and in May the Governor commuted his sentence, giving him his first chance at parole. The signatures of 128 legislators were among those on the petition.

After the hearing is complete the parole board will make a decision on his fate.