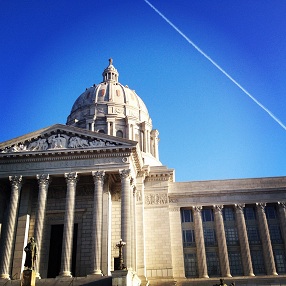 Missouri’s U.S. Senator Claire McCaskill continues her campaign against sexual harassment of women who may be afraid to report the incidents to higher authorities: those in college, the military, and now, state government.

After talking to Missouri State Senate intern Alissa Hembree, McCaskill decided to form an advocacy group for interns who may be victims. Hembree accuses Independence Democrat Paul LeVota of propositioning her in texts and in person.

LeVota announced he is resigning August 23, but denies the allegations.  Read more from Missourinet.

Hembree sought out McCaskill, and after they spoke this week, the senator called Hembree, “an extraordinarily brave young woman.”

More from McCaskill on their conversation:

This is the latest in McCaskill’s efforts to help students identify and deter sexual intimidation and assault.

She speaks openly about her own experience with sexual harassment when she was an intern at the Missouri Capitol in the 1970’s.

“I remember decades ago, when I was facing the same situation and how I felt like I had to handle it on my own,” she told reporters Wednesday. She said she thought that the environment had improved since then for young women.

“This was like a cold bucket of water in that it made me realize that things haven’t improved in every way and that we still have this problem. It’s depressing to me.” McCaskill said.

House Speaker John Diehl, R-Town and Country, also resigned this year after he admitted to sexting with an intern. Read more from Missourinet.

McCaskill’s new effort is “not something that I’m trying to legislate, rather something that we would try to do through a not-for-profit advocacy group,” McCaskill emphasized.

In Congress, McCaskill’s proposal to fund anti-sexual assault education in schools is a part of the Senate plan to overhaul the No Child Left Behind Act.

Previous Post: « Curriculum being developed to help prevent child abuse in Missouri
Next Post: Cardinals rolled the dice with playing an unhealthy Holliday and now are left scrambling close to the trade deadline (AUDIO) »