Race, gender and geography are contributing factors in whether a convicted killer is executed in Missouri according to a study. University of North Carolina Political Scientist Frank Baumgartner conducted the study and says even though the majority of murders involve an offender and victim of the same race, 54% of black men executed in Missouri were convicted of crimes involving white victims. His findings also say homicides involving white victims are seven times more likely to result in an execution than those involving black victims. 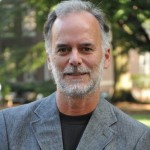 Baumgartner says the study doesn’t account for how brutal any given murder was, but says the criminal justice system treats one race of victim as more deserving of retribution than the other.

“My statistics, as simple as they are, are very stark,” says Baumgartner. “They suggest that we really are valuing these different lives quite disproportionately.”

“If we can’t demonstrate that those disproportionalities are not justified by the facts of the crime, then we have to admit that the death penalty isn’t being offered in correspondence with the constitution which guarantees equal protection of the law,” says Baumgartner.