Hansbrough led Mizzou with his first 1,000-yard season in 2014, finishing with 1,084 yards, sixth in the SEC despite starting just three games.

Mauk is 14-4 as a starter and threw for 2,648 total yards and 25 touchdowns in 2014. He was sixth in the SEC in total offense and closed the season with seven consecutive games with a passer rating of 100.0 or better. He is sixth in program history with his 36 career TD tosses. 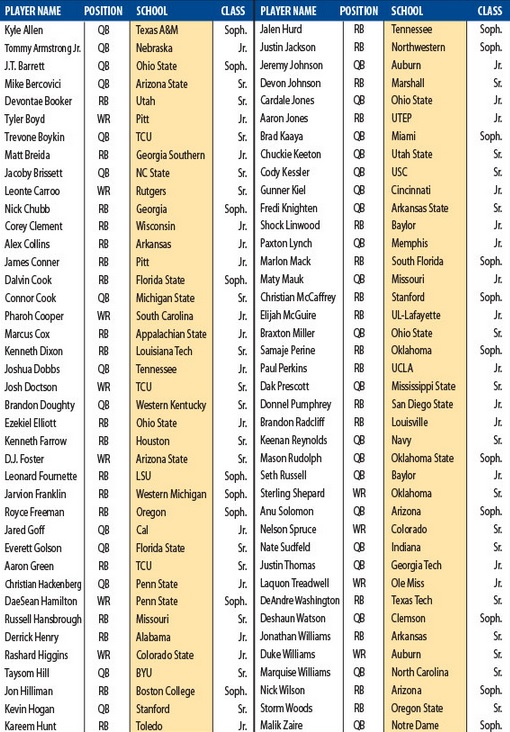