The sound of fireworks can prompt traumatic memories for many men and women who have served in war. Dr. Thomas Demark with the Kansas City Veterans Administration Medical Center says Independence Day is in part a time to honor those in uniform, but it can be a difficult period for veterans with post-traumatic stress disorder, or PTSD. 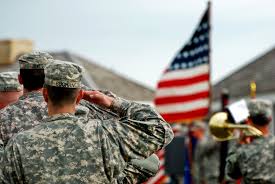 “The sound of the fireworks would act as a trigger. So, firecrackers may sound like small arms fire. Some of the bigger fireworks might sound like mortars or explosions.”

Demark says fireworks act as a trigger to some extent for the majority of veterans.

Demark says the triggers also depend on how close veterans are to fireworks displays. He says veterans are told to prepare for the expected and unexpected sound of fireworks.

Demark says PTSD can cause increased anxiety, irritability, anger and can trigger flashbacks. He encourages Missourians to be respectful if there are veterans in your neighborhood and try to light off fireworks away from their homes.