More than 1,000 fireworks stands will open later this month throughout the state. Fireworks can be purchased in Missouri from June 20th to July 10th. 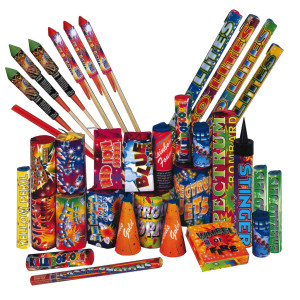 “We ask that young children not be allowed to shoot off fireworks,” said Carrell. “If you have teenagers that are going to be shooting off fireworks, we certainly want them to be supervised. If your festivities are going to include adult beverages, I recommend that you have a designated shooter.”

Carrell says the number of fires increases during the fireworks season. He urges people to keep their distance from homes, vehicles and anything else that could catch fire when lighting those colorful displays.

“The end of June and first part of July, generally conditions are pretty dry. We do have grass fires, fireworks that land on someone’s roof and catch the roof on fire. Occasionally, we’ll have a house catch on fire.”

Missourians are encouraged to check with local fire or police departments to learn about local fireworks ordinances.