The Transportation Security Administration is going through a change in leadership after agency employees failed to find 95% of the weapons undercover agents took through airport security checkpoints. 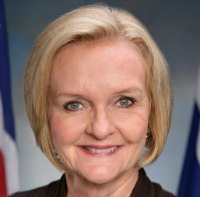 Senator Claire McCaskill says airport security needs to do a more aggressive job of finding people who could be trying to do harm on planes.

“It is bad. It’s embarrassing. They fired the person in charge and the people who discovered that it was lacking was in fact the same agency that is lacking.”

“Airport security has been about giving the American traveler the confidence that there is security, as opposed to doing an aggressive job in terms of finding those people who could be doing us harm.”

On the other hand, Senator McCaskill says it’s clear the TSA wants to do a better job if they are sending undercover agents out to check up on security.

“I think it’s good that they discovered it. Very rarely, do you see an agency policing themselves and saying to the public ‘We are failing.’ That’s unusual in government.”