An abundance of rain has put corn and soybean planting in Missouri behind schedule. Gary Marshall with the Missouri Corn Growers Association says farmers have been down this road before, though. 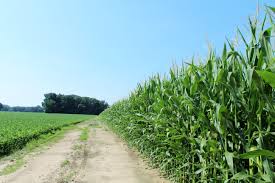 “We know how to deal with this,” said Marshall. We’ve had this problem many times over the last several years. The farmers are really good about knowing what to do.”

Even though farmers are adapting, he says the wet weather is affecting them.

“There’s much more of a problem with standing water in corn. It’s never good and it’s happening across the state.”

Gary Wheeler of the Missouri Soybean Association says farmers in northern Missouri, especially the northwest, and in Central Missouri, have been struggling to plant soybeans.

“Southwest and southeast Missouri is pretty good, but it’s been an odd May and June,” said Wheeler. “If this continues and moves on into June 15 to 20th, then it could mean something hurtful to the marketplace.”

Wheeler says there are some reports of stem rot in soybeans, which is a pathogen that damages soybeans, especially in wet conditions.

As of Sunday corn planting in Missouri was 87% complete and soybean planting was just 23% finished.

Previous Post: « Back to back championships! Valle Catholic rolls in Class 2 baseball final over New Bloomfield
Next Post: There’s a problem with MLB’s use of replay. I tell you why (AUDIO) »