The building of a new state psychiatric hospital in Fulton is now underway. Governor Jay Nixon spoke at Wednesday’s groundbreaking and says the state-of-the-art facility is critical for people with challenges. 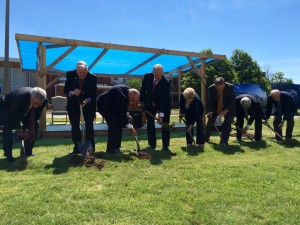 “We have a moral responsibility to its patients, their caregivers and this community. This community has been so open and accepting of the difficult mission assigned to it,” said Nixon.

Nixon says the maximum security facility will be a game changer for those suffering from severe mental illness.

“It will be a cohesive, secure and therapeutic environment. It will include a 300 bed, high security hospital,” says Nixon.

The new campus will include improved vocational and recreational rehab facilities, modern dietary services, a new administration building, an auditorium and a high efficiency heating and cooling system. 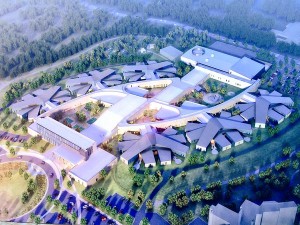 The project is estimated to cost $211 million. The Governor says an investment of this nature is vital to do and a vote of the people was not necessary.

“That’s why the way we did it over the last three years to put some general revenue in to make sure we had the planning done. When interest rates were low we made the long term investment that this facility is,” said Nixon.

Fulton State Hospital was built in 1851 and is the oldest state psychiatric hospital west of the Mississippi River. Last year, the Legislature backed the Governor’s plan to replace the outdated and deteriorating facility with the new hospital that will be safer for patients and staff and more conducive to modern treatment.

The Department of Mental Health is slated to have the project finished by the end of 2017.

Previous Post: « Mizzou and Arkansas picked up by CBS Sports with the game played the Friday after Thanksgiving at 1:30 CT
Next Post: Over 2,100 athletes coming to Jefferson City for the Class 3, 4, and 5 Track and Field championships, plus three other sports wrapping up (VIDEO) »