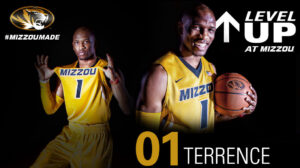 Mizzou Men’s Basketball head coach Kim Anderson has announced the signing of Terrence Phillips to the program’s 2015 recruiting class. A 5-11 guard, Phillips has orchestrated the offense for national power Oak Hill Academy (Va.), helping the Warriors to an incredible 88-4 record as the team’s starting point guard the last two seasons.

“We are excited to have Terrence in our Mizzou program,” Anderson said. “He’s an outstanding young man with the sort of character and drive that will fit in well with our program. He’s a true point guard who has proven to be a winner during his career so far. He and his teams have won and done so at an extremely high level.

As a senior, Phillips averaged 7.7 points and 4.2 steals per game. He also earned MVP honors during Oak Hill’s appearances at the Iolani Prep Classic and Spalding Hoophall Classic.

“I’m excited to get Mizzou get back to its winning ways,” Phillips said. “I’m more ready than ever to help Coach Anderson turn it around and restore the roar in Mizzou Arena.”

A native of Orange County, Calif., Phillips finished his three-year stint of high school basketball at Oak Hill as one of the academy’s all-time winningest players. The prestigious program has produced NBA stars such as Kevin Durant, Carmelo Anthony and Rajon Rando.

Previous Post: « Mizzou baseball drops midweek non-conference game to UALR
Next Post: Undefeated no more, Royals fall for the first time this season to the Twins »