Clayton police are investigating the death of Missouri auditor and candidate for governor Tom Schweich as an apparent suicide. They were called to Schweich’s home shortly before 10 Thursday morning. 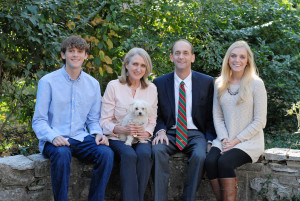 The website for Tom Schweich’s campaign for governor has been replaced with this photo of his family and the message, “Please join with all Missourians in praying for Tom’s family, including his wife Kathy and children, Emilie and Thomas, Jr.”

An autopsy is scheduled for this morning at 7:30.

“Everything we know at this time is that it is an apparent act at Mr. Schweich’s own hand and family is cooperating with our investigation,” Clayton Police Chief Kevin Murphy said in a press conference Thursday.

One thing Murphy said will be looked into is a possible motive, and what was happening leading up to the incident.

“Family and friends, we are talking to, and I want to make it clear that at this point everyone is cooperating with our investigation,” Murphy told reporters.

Murphy said at least one family member was in Schweich’s Clayton home with him when police were called.  The St. Louis Post-Dispatch reports that minutes before the shooting, Schweich had made phone calls to set up an interview to discuss his belief a top Republican party official was spreading false information about his religion. 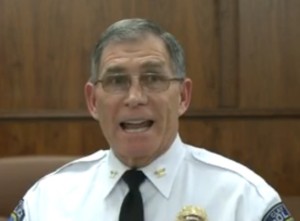 Clayton Police Chief Kevin Murphy addresses the police on the investigation of the apparent suicide of Missouri Auditor Tom Schweich.

“We do a thorough investigation, and that would include all information that we are told that we can develop through the course of our investigation, whatever that might give us,” Murphy said.

The Post-Dispatch reports Schweich believed Republican Party chairman John Hancock, elected last weekend, was saying Schweich is Jewish to hurt him politically in the gubernatorial primary race, as many Republican voters are evangelical Christians. Hancock tells the Dispatch he had once thought Schweich was Jewish but denied saying so in a derogatory manner.

Schweich, 54, had two children with his wife Kathy.  Governor Jay Nixon (D) will appoint an auditor to fill out Schweich’s 4-year term, which began in January.