Legislation meant to help dairy farmers pay premiums on federal insurance for their operations is moving toward the governor’s desk from both state legislative chambers. 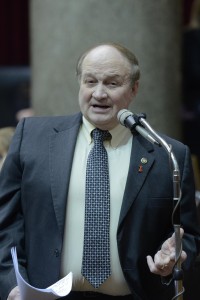 Such language has now cleared the Senate as part of a larger omnibus ag bill, and this week was voted out of the House as a stand-alone.

“Dairy farmers in this state have no option to shop around for a better price for their milk. The federal government tells them which producer to go to and what the price is going to be,” said McCreery. “It’s not like that for other agricultural products.”

Representative Bill White (R-Joplin) doesn’t like that the program will cover 70-percent of the premium even in years when dairy farmers are doing well and don’t need the help.

“Whether you want to call it an insurance premium payment, tax credit, whatever, this is a subsidy,” said White.

The dairy provision was part of an omnibus ag bill that fell one vote short of becoming law over a governor’s veto in September.