You are here: Home / News / Lawmakers bristle at idea Missouri could spend on new stadium without them

The Nixon Administration isn’t saying it will–but says it could–proceed to issue bonds to build a new football stadium in St. Louis without the legislature’s approval. Republican lawmakers say that would be a blown call. 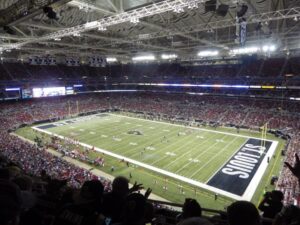 Governor Jay Nixon’s (D) Office of Administration Commissioner Doug Nelson told legislative budget committees that is based on a law more than two decades old that would let the state enter into a contract, agreement, or lease to finance a sports stadium or convention facility.

Representative Jay Barnes (R-Jefferson City) calls that “atrocious,” and told Missourinet the administration is suggesting that 1992 law, “created a forever blank check for that governor and future governors to saddle Missouri taxpayers with hundreds of billions … of dollars of debt without any other action of the legislature or taxpayers themselves.”

“If the Nixon Administration goes down that path,” Barnes continued, “where they try to issue bonds for a quarter-billion dollars without an act of the legislature, they ought to put an asterisk on those bonds when they go to market, and that asterisk should say, ‘Subject to litigation.'”

Representative Caleb Rowden (R-Columbia) said he doesn’t think the situation is a “combative” one, and thinks it will be resolved in the next few months.

“I just think that if we’re going to take on $250-million of new debt, or whatever the number is … we need to make sure that the taxpayers understand that,” said Rowden. “Whatever process that looks like for them to have a hand in that, if that’s their elected officials making a vote in that process, then maybe that’s what we should do.”

“Put this in perspective. There are 30-year bonds on the existing [NFL Stadium in St. Louis] that are not yet paid off. The taxpayers of the State of Missouri agreed to pay $12-million for 30-years to build a dome for a billionaire, and now the governor is coming back with a proposal that before we even pay off the mortgage on that first mansion, he wants to start building a second mansion. I think the governor ought to come to the general assembly and make the case for why Missouri taxpayers should be burdened with $250-million in new debt.”

Senator Rob Schaaf (R-St. Joseph) responded to the administration’s interpretation of the law by filing a bill that would require legislative approval to extend any existing bonds for more than $50-million.

Office of Administration Commissioner Nelson’s office declined a chance to answer Missourinet’s questions about the issue. In an e-mail, spokesperson Ryan Burns said the Office believes current law, “does provide that authority, subject to legislative appropriation, if the executive branch chose to exercise it.”