A man scheduled to be executed by Missouri later this month claims DNA testing could prove his innocence.  The Attorney General’s office argues that possibility has already been explored, to no success. 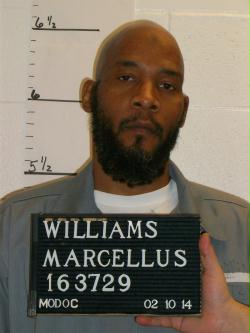 Marcellus Williams is scheduled to die by lethal injection at the prison in Bonne Terre early the morning of January 28 for the 1998 murder of former St. Louis Post-Dispatch reporter Felicia Gayle. Williams’ attorneys, including Kent Gipson, have asked the Supreme Court to halt that execution.

“The evidence against him is so weak that even as it exists now it would be unjust to execute him when there’s substantial doubt about his guilt,” Gipson argued. “Plus, we’re seeking access to additional DNA testing that could conclusively prove that he’s innocent.”

Gipson says hairs were found at the crime scene that were never tested for DNA but under microscopic analysis did not match his client, the victim, or her husband. He contends the execution should not be allowed to proceed until that evidence is tested.

“If we could turn up a match to someone else, particularly someone who’s currently in prison that would be pretty powerful evidence,” said Gipson.

A federal judge, however, dismissed a suit filed by Williams’ attorneys seeking the release of that evidence for testing by St. Louis County Prosecutor Robert McCulloch. U.S. District Judge Rodney Sippel called the suit “frivolous” and said it “fails to state a claim upon which relief can be granted.”

The state argues DNA test results were available in 2001, and a federal court denied Williams’ motion for more testing in 2007, finding that the evidence had already been tested and stating, “This is not a case in which biological trace evidence has not been tested, and if tested could exculpate petitioner.”

The state also says Williams did not pursue DNA testing diligently, noting that he “ignored the matter” after the 2007 ruling until March 2014, when the state moved to have an execution date set.

If carried out, Williams’ execution would be Missouri’s first of 2015 and the 13th in the state since it resumed executions in earnest in November 2013.