The Department of Transportation is telling Missourians it’s been backed into a corner.  MoDOT officials today presented its “Tough Choices Ahead” plan to the Missouri Highways and Transportation Commission, which included some blunt language. 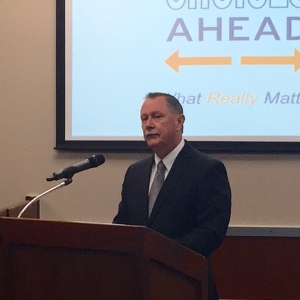 MoDOT’s financial forecast shows the department’s construction budget will drop to $325 million annually in 2017.  MoDOT Director Dave Nichols says the department needs at least $485 million to maintain roads and bridges in the condition they are in today.

“We won’t be able to provide the same level of service as we have in the past.  This is not a course of action we want to take, but it’s one that insufficient funding forces us to take.”

Commission Chairman Stephen Miller says the plan is being presented publically, so that they can engage in discussions around the state.  Miller anticipates everyone in Missouri will be affected by these changes. 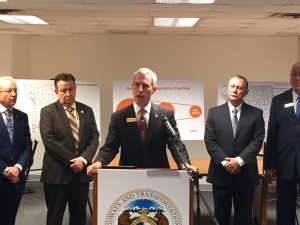 “The reality is we have to live within 325 million dollars,” said Miller.  “There will be businesses that will be affected by it, there will be individuals, if they don’t like it, they either learn to live with it or they increase the investment in transportation.”

The commission is considering the plan and is expected to act on the proposal at its February 4th meeting.