A Republican-controlled legislature begins work today at the Missouri State Capitol. Lawmakers are sworn in for the 98th Session of the General Assembly today at noon, followed by speeches and press conferences about priorities, and a legislative ball tonight. 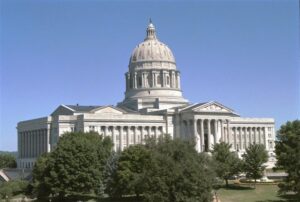 Republicans increased the size of their majority in the state House to 117-45 and to 25-9 in the Senate in the November election. In both chambers the GOP has enough votes to potentially overturn vetoes by Governor Nixon without the help of any Democrats.

Legislators will spend time on bills tied to the shooting death of Michael Brown, Junior and the unrest that followed, including proposals to require body cameras for police and to strengthen laws regarding how much revenue cities get from traffic fines and court fees.

The Republican majority has opposed outright expansion of Medicaid eligibility, but some are pushing for a combination of reforms and expansion. Changing Missouri’s law letting students transfer from failing schools is another priority, as is legislation to rein in lobbyist gifts to lawmakers and broaden reporting of donations.

Some Republicans say they’ll try early in the session to overturn some restrictions by Nixon in the current budget under the legislature’s new constitutional power approved by voters in November, while starting the budget process earlier so they can try to overturn vetoes or restrictions before the session ends in May.

The legislature could also be called on to act in an effort to keep the Rams NFL team in St. Louis, with recent news that the team’s owner is moving toward building a new stadium in a Los Angeles suburb.