A member of the grand jury that chose not to indict former Ferguson police officer Darrin Wilson wants to speak out, and is suing for the ability to do so. 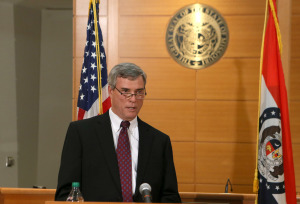 The unnamed grand juror wants to talk publicly about having served on the grand jury, the evidence it saw, and the investigation into the shooting death of Michael Brown, Junior.

The suit claims the way St. Louis County Prosecutor Bob McCulloch characterized the jury’s take on the evidence was not the way the juror viewed it, and that what has been said about the way the grand jury views the evidence has not been “entirely accurate.”

The juror says the way the grand jury handled that case was different from “hundreds of matters” it reviewed earlier in the term, including in how McCulloch’s office counseled the jury and presented the evidence, and in focusing more on Brown than victims were focused on in other cases.

The juror is suing to be allowed to talk publicly about his experience without being prosecuted. State law makes it a misdemeanor for grand jurors to discuss their service.