The teams traded punts in the first three minutes of the fourth quarter. Russell Hansbrough peeled off a 78 yard touchdown run to put Mizzou up 26-17. The five play drive covered 90 yards after a push in the back penalty moved the Tigers back to their own 10 yard line.

That was the Tigers’ eighth run of the game that went for over ten yards.

The long runs didn’t end. On the Tigers next possession, Marcus Murphy reeled off a 69 yard run to the Minnesota 11. Three plays later, Mauk found Sasser for the second time of the game from seven yards out to finish the scoring, 33-17.

The win ends Missouri’s season at 11-3, giving them the most victories in a two-year span with 23, passing the great 07-08 teams. 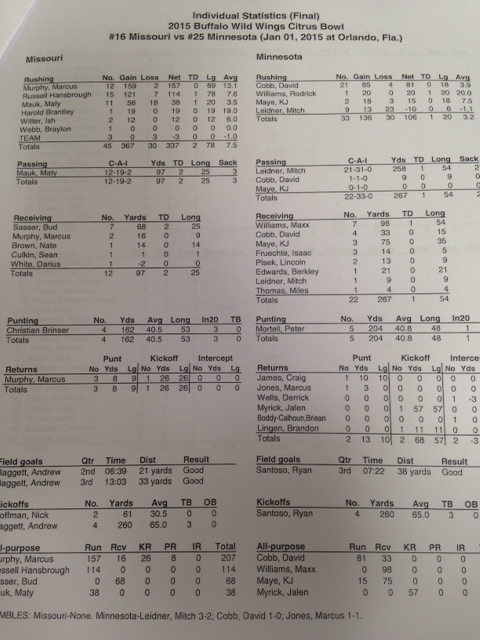