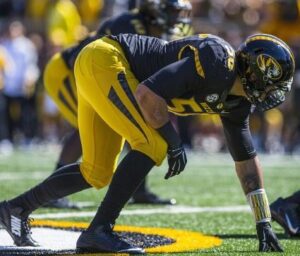 Continuing a trend of quality play along the defensive line at Mizzou (#DLineZOU), Ray is the latest star pupil under Mizzou defensive line coach Craig Kuligowski. Under Kuligowski’s tutelage, Ray reset the school’s single season sack record with 14.0 this season while also totaling 21.0 tackles for loss. Both of those figures are the third-most nationally and lead the SEC. He is second in the SEC in tackles for loss per game and sixth nationally in tackles for loss per game. Ray also finished fifth on the team in total tackles with 61.