You are here: Home / Sports / Mizzou playing on New Year’s Day in Orlando. Tigers matched up to face Minnesota in Citrus Bowl 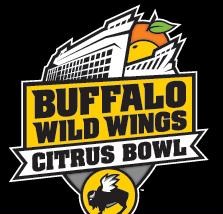 The Missouri Tigers, coming off a 10-win season that ended with a 42-13 loss to the Alabama Crimson Tide in the SEC Championship Game, are headed to the Citrus Bowl for a New Year’s Day game against the Minnesota Golden Gophers of the Big Ten in Orlando, FL.

The game will feature Mizzou’s second matchup against a Big Ten season.  Minnesota went 8-4 with a 5-3 conference record and will play on New Year’s Day for the first time since the 1962 Rose Bowl.

The Tigers played in the Tangerine Bowl in 1981 beating Southern Miss. 19-17.  Mizzou also played in bowl games in Florida in consecutive seasons in ’68 and ’69 in the Gator and Orange Bowls.

Kickoff for the game is noon CT.