The Nixon administration has backed away from cutting benefits to hundreds of Missouri’s blind pension recipients. 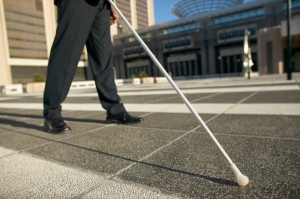 The Department of Social Services had sent out notices several weeks ago that the benefits would be cut by $33 a month. The payments go to about 3,900 Missourians whose vision is no better than 5/200.  That’s well beyond “legally” blind, which is defined as 20/200.

A state three-cent property tax raises the money for the program.. But Department Finance Director  Patrick Luebbering told us last week that’s not enough to fund the payments. “We have available funds of 31.3 million. Last year on the blind pension program we spent a little bit over $32 million and again in this year we expect to expend around $32 million, which leaves us with a shortfall,” he says.

The department had estimated the department would save almost three-quarters of a million dollars with the cuts.  He had said the full monthly payment of $718 likely would be restored when the next fiscal year starts, July 1 although that determination would be made later after the department saw how much tax money had come in.

A St. Louis Post-Dispatch article had questioned the need for the cut hours before the Governor’s office put out a press release saying Nixon had ordered the department to reverse its plan. Nixon says he’ll ask the legislature next year to add enough money to the budget to keep the payments at current levels.

Previous Post: « Obama prepares executive order based on Ferguson events
Next Post: Pinkel said kickers are lucky enough to make 1 of every 4 from 50+ yards. Baggett did it twice to earn SEC honors (AUDIO) »