The NAACP is planning to launch a 120 mile, 7 day march called the “Journey for Justice: Ferguson to Jefferson City.”  The march is in response to the grand jury decision not to indict Darren Wilson for the shooting of Michael Brown Jr.

The march will start Saturday at 7am near the Canfield Green Apartments where Michael Brown Jr. was shot and will end Saturday, December 6th at the Governor’s Mansion. 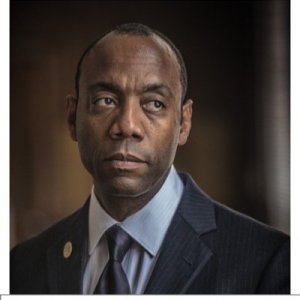 Marchers are directing the call for new leadership in the Ferguson police department and new reforms of police practice and culture to elected officials in Missouri and across the United States.

Teachings and rallies will be held on the evenings of the march and will be open to the public.

NAACP says the event will be peaceful.

Organizers say they are drawing inspiration from the historic Selma to Montgomery march. In 1965, Martin Luther King led thousands of nonviolent demonstrators to the steps of the capitol in Alabama in response to the shooting of Jimmie Lee Jackson by a state trooper.

“Here we are 50 years later taking on the fight of and the battle against racial profiling and unjust policing in our communities” said Brooks.

The “Journey for Justice: Ferguson to Jefferson City” march will take place along this route.

It includes members of the Youth and College division along with senior and youth organizations.