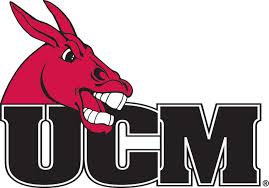 Central Missouri defeated top seeded Minnesota State-Mankato 3-2 in an overtime thriller to advance to the round of eight in the NCAA Division II Women’s Soccer Tournament.

Hannah Pyle got the scoring started as she netted a header off of a corner kick from Taylor Thompson in the 18th minute. Megan Wooley made it a 2-0 lead as she took a header off a headed pass from Julie Ireland.

The Mavericks would answer in the second period as Korey Kronfrost scored off a Kiana Nickel pass to make it a 2-1 game. They would then tie the game up in the 71st minute when Dana Savino scored on a penalty kick.

The game would then go to overtime where in just the second minute Mikala Modri would score the golden goal off an assist from Emily Franchett. In goal for the Jennies Ana Dilkes has three saves.

Central Missouri will now face the winner of host Wisconsin Parkside and Grand Valley State in the round of eight on Nov. 23 at 12 p.m. from Somers, Wisc.