Missouri might be lagging behind some other states in natural gas being used to generate power. But it’s becoming more popular in other ways. 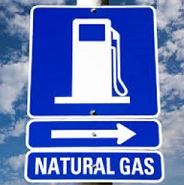 The Natural Resources Department says Missouri is on top of sizeable quantities of “unconventional” energy resources.  A study done for the Missouri Energy Initiative says advances in the last fifteen to twenty years in fracking, pipeline construction, and horizontal drilling  mean new supplies of natural gas eventually will be used commonly to create electricity and fuel vehicles.

State energy director Lewis Mills says natural gas is increasing as a power-generating source, but not as rapidly as it is in some other states. But he says it is growing as a transportation fuel.  He says compressed natural gas filling stations are starting to crop up and some businesses are seeing natural gas as an alternative to gasoline or diesel fuel.

And Mills thinks all of that might have an impact on the prices Missourians are paying at the pump for diesel fuel and gasoline. “Some of the same technology advances that are driving the cost of natural gas down will tend to help with petroleum prices as well.  So I think we can certainly hope for, if not expect, that gasoline prices will stabilize at a lower level than they have been shortly,” Mills says.

He says the shale gas revolution has been, well, revolutionary, leading to more abundant natural gas and more stable natural gas prices than the country has seen in a generation. He says there are some localized areas where people remain concerned about delivery of propane and natural gas as winter gets close.  But he says supplies of those fuels are generally robust.

Previous Post: « Kim Anderson gets first coaching win at Mizzou as Wes Clark leads the Tigers past Valpo
Next Post: With no ’16 run, MO Speaker uses campaign chest for other GOPers »