It is no surprise that Missouri voters have rejected a proposal to change how teachers are evaluated and limit tenure. The group formed to back it, Teach Great, folded months ago while opposition to the measure kept mounting even into the final days before Tuesday’s General Election. 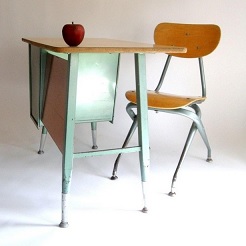 Amendment 3 was the result of an initiative petition drive backed by conservative billionaire Rex Sinquefield.

Missouri State Teachers’ Association President Lisa Funk says she’s excited by the issue’s sound defeat. She expects there will be more proposals to change education in the near future, but thinks the results of this vote are empowering.

She says the groups that were united in opposition to Amendment 3 are “very powerful,” and says it could work together to push for policy changes that it supports.

Republican House Speaker-Elect John Diehl, however, says there isn’t a lot that can be learned from the defeat of Amendment 3. He notes that there was no campaign to support against multiple sources of opposition.

He says education is an important issue to his caucus, and what policies it pursues will be driven by two principles.

“Number one; education decisions should be made at the local level and not by the federal or state government. Number two; we need to make sure that every child in the state is afforded the opportunity of a quality education so they can compete in a 21st-century workforce.”

The legislature, which will be led by Republican majorities even greater than those that have led it the past two years, will meet beginning in January. The filing of bills begins December 1.