The shift of the majority in the United States Senate will reduce the power of one of Missouri’s Senators. But it will put our other senator in a more influential position.

Minority members of the Senate might be ranking members of Senate Committees, but they don’t have nearly the power of the chairman, a member of the majority party who can set the committee’s agenda.

Missouri didn’t have a Senatorial election this time but Missouri’s Senators are seeing their roles reversed because of elections in other states. 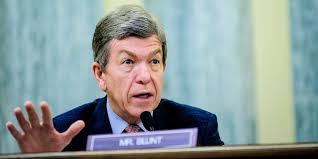 Blunt will get committee or subcommittee chairmanships when Congress convenes next year. McCaskill will lose much of the power she now has to bring agencies before her committee.

Blunt already is planning to stick around for a while to enjoy the new Republican majority status. He held a fundraiser last night at the home of Financier Rex Sinquefield while waiting for election returns to come in. The Washington Examiner reports tickets costs as much as $10,400 per couple. Blunt is up for re-election in 2016.