Searching for his third NFL team in less than three months, former Missouri Tiger and SEC Defensive Player of the Year, Michael Sam took to Twitter saying he will continue to fight to prove he can play in the NFL.  Sam sent out a series of tweets after the Dallas Cowboys cut Sam from their practice squad.

The Cowboys added linebacker Troy Davis who spent the last two seasons with the New York Jets before he was released in August.  In four games with the Jets last year, he had five tackles in four games before suffering a chest injury.

Sam is being replaced by a linebacker who went undrafted out of Central Florida, where he was a first-team All Conference USA selection. 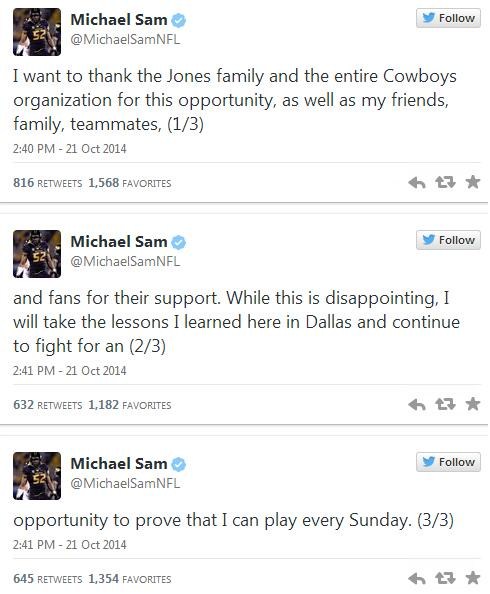