The legislature has been asked to protect courageous children who describe how they’ve been abused. Missouri Child Advocacy Centers do forensic interviews with those children who are strong enough to describe what has happened to them.  The interviews are used by the state Children’s Division and law enforcement in their investigations.

But Deputy Director Emily vanSchenkhof of Missouri Kids First says centers are increasingly facing subpoenas for those recordings from lawyers who want to use them in custody cases. She says one lawyer recently wanted to play the child’s interview in a courtroom full of people. “Seeing a 7-year-old sit in a chair and talk about sex acts  that most adults wouldn’t be comfortable doing is life changing to me. To hear and to watch children’s little bodies as they disclose things that should never have been done to them has changed my life forever,” she says. 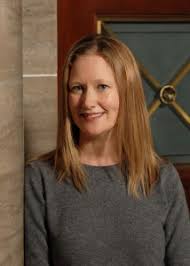 VanShenkhoff says it takes tremendous courage for a child to describe abuse. She says the state  has no way now to protect children from having the interviews used in ways that will come back to hurt them.  She says the organization doesn’t want to keep people who need to make good decisions from seeing the recordings.  But she tells a legislative committee that the confidentiality of those children must be protected but Missouri has nothing that will do that.

She’s afraid those recordings could someday show up on Youtube unless the legislature limits access to them.

Previous Post: « Missouri hospitals say they’re ready for emergency (AUDIO)
Next Post: World Series tickets for Game One at Kauffman Stadium are at record setting prices on the secondary market »