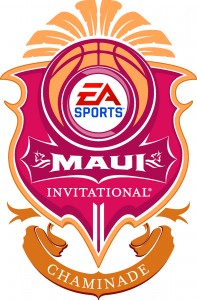 The bracket for the 2014 EA SPORTS Maui Invitational was announced on Wednesday and Mizzou Basketball, under the direction of new Head Coach Kim Anderson, will open the tournament against the Arizona Wildcats on Monday, Nov. 24. Game time between the Tigers and Wildcats is scheduled for 4 p.m. CT on ESPN2.
Mizzou and Arizona will meet for the third time in series history. The Tigers won, 76-73, on Dec. 29, 1984, in the Hawaii Pacific Invitational in Honolulu and most recently fell in the Elite Eight to the Wildcats, 92-72, on March 26, 1994, in Los Angeles. The Tigers and Wildcats are also scheduled to meet in 2015-16 and 2016-17 as part of a home and home series.
In addition to Mizzou and Arizona, the 2014 EA SPORTS Maui Invitational features tournament host Chaminade, as well as BYU, Kansas State, Pittsburgh, Purdue and San Diego State. The event will be played Nov. 24-26 at the Lahaina Civic Center. Missouri will be making its first appearance in the Maui Invitational since 1997 and won the event in 1989. It’s Mizzou’s fourth appearance at the Maui Invitational overall.

Head Coach Kim Anderson’s Tigers will be one of the youngest squads in college basketball this season. The Tigers have nine newcomers entering the program and the club’s 2014 recruiting class was ranked among the Top 15 nationally by various recruiting outlets. Three freshmen, Jakeenan Gant, Montaque Gill-Caesar andNamon Wright, were each ranked among the Top 75 players in their class and give Mizzou Basketball its largest incoming group of freshmen since 2008-09.