You are here: Home / Elections / Primary election day (for some) AUDIO)

Missourians will learn tonight what fellow voters think of farming, financing for roads, guns, lottery tickets for veterans, and protecting secrets on cell phones and computers.

They’ll narrow the field of candidates for 163 seats in the House of Representatives and 17 in the Senate. e seats, deciding what candidates survive to run again in November.   State Auditor Tom Schweich needs only one vote today to make it to the formality of another vote in November to get a second term.  He has no opponent today and the Democrats have not put up an opponent for November.

Secretary of State Jason Kander’s staffers will start adding up the statewide totals to see what voters decide about expanding the constitution with five new provisions.

Kander is disappointed in the turnout forecast, however.  The state’s 116 local voting authorities forecast an average turnout of 27%. 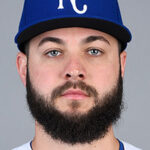