You are here: Home / Sports / Royals struggle in all phases as Red Sox complete series sweep 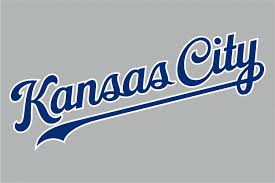 Jon Lester continued his recent dominance on the hill and the Boston Red Sox kept inching back toward respectability by completing a three-game sweep of the Kansas City Royals with Sunday’s 6-0 victory at Fenway Park.

Lester (10-7) scattered four hits and two walks while striking out eight over as many innings to pick up another win.

The left-hander has allowed just one earned run over his last 31 innings and has limited opponents to two earned runs or less in each of his last seven outings, lowering his ERA from 3.52 to 2.50 over that span.

“He’s been outstanding,” Red Sox manager John Farrell said of his starter. “It’s been his best stretch in quite some time.”

Daniel Nava drove in three runs and David Ross added a two-run homer for the Red Sox, who have won seven of their last eight games.

The Royals, meanwhile, have dropped six of seven and are mired in a 9-17 slump since holding a 1 1/2-game lead in the Central Division. They have fallen below .500 at 48-49 and sit seven games behind the front-running Tigers.

Yordano Ventura (7-8) had 11 days rest in between starts because of the All- Star break, and the rust showed early as Brock Holt and Nava opened the home first with back-to-back base hits.

The damage was limited to Dustin Pedroia’s run-scoring fielder’s choice, but the Red Sox tacked on two more runs in the third and three in the fourth.

Nava one-hopped the short wall in right for a ground-rule double in the third to plate Ross and Jackie Bradley Jr., and Ross found the seats above the Green Monster an inning later following a Shane Victorino double.

Bradley singled and scored on a Nava sacrifice fly to make it a 6-0 game, and Ventura was pulled having allowed six runs on nine hits and four walks over 4 1/3 innings.

“He struggled with his command a little bit,” Royals manager Ned Yost said of Ventura. “He put some pitches on the fat part of the strike zone.”