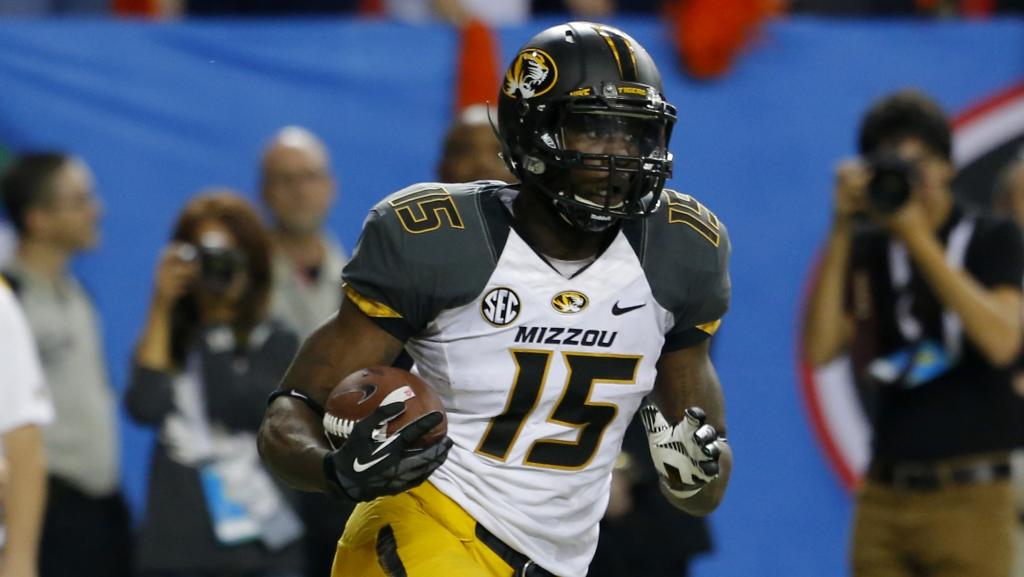 Wide receiver Dorial Green-Beckham, who was dismissed by Missouri in April, was added to the Oklahoma Sooners’ roster, coach Bob Stoops announced Thursday.  Under NCAA rules, Green-Beckham, who signed his financial aid agreement Wednesday, can immediately enroll in classes and begin team activities. He would be eligible to compete in games for the Sooners beginning in 2015.

“We are pleased to welcome Dorial to the University of Oklahoma, where he is excited to continue his education and resume his playing career,” Stoops said. “Dorial understands the privilege and responsibilities of representing the Oklahoma Football program. He is a talented young man who is eager to get to work with the rest of our team in the classroom and on the field.”

“I appreciate this opportunity from Coach Stoops and the University of Oklahoma,” said Green-Beckham. “There are people here who will help me build a strong foundation. I’ve disappointed myself and others in the past. I know that I have a lot of work to do and I’m ready to get started. OU is a great program and I feel privileged to be part of it. The university has made the expectations clear and I want to live up to them and be a positive part of the campus and team. I also want to thank Coach Gary Pinkel and the University of Missouri.”

Green-Beckham (6-6, 225), comes to Norman after spending two seasons at Missouri, where he caught 87 passes for 1,278 yards (14.7 avg.) with 17 touchdowns. His 12 touchdown catches in 2013 tied for the Southeastern Conference lead, while his 59 receptions led the Tigers and his 883 receiving yards ranked second on the squad. He collected 28 passes for 395 yards (14.1 avg.) with five scores in 2012, earning honorable mention Freshman All-America honors from College Football News.

The Springfield, Mo., native was ranked as the top overall prep prospect in the nation by Rivals in 2012 after concluding his career at Hillcrest High School, where he was coached by his father, John. He was named the national player of the year in 2011 by Sports Illustrated, Parade Magazine and USA Todayafter setting a national prep record with 6,353 career receiving yards and 75 receiving touchdowns, including 119 receptions for 2,233 yards and 24 touchdowns as a senior.

Missouri dismissed Green-Beckham on April 11 for allegedly forcefully entering an apartment at 2:30 a.m. and allegedly pushed a woman down several stairs. He was also arrested on a drug charge in January after a car he was in with two other men was pulled over and the police officer reported smelling marijuana coming from the car. It was the second marijuana-related arrest for Green-Beckham since arriving at Missouri in 2012.