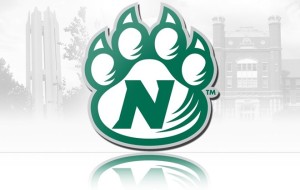 Northwest Missouri State has announced that the Nov. 15 home football game against Washburn University will be played at Arrowhead Stadium in Kansas City, Mo. The game, which will retain the title “The Fall Classic,” will announce a kickoff time at a later date.

“Getting a chance to continue playing at Arrowhead was extremely important to our players, our program and our fans,” said Northwest head coach Adam Dorrel. “The entire Chiefs’ organization has been very good to our program for the past 13 seasons. There are so many positives from our end to continue playing in Kansas City that we made it a priority during the off season to return this year. We want to thank the Kansas City Chiefs organization and the administrative staffs both here at Northwest and at Washburn for working to make this happen.”

The Ichabods are coming off an 8-3 campaign in 2013. Washburn was ranked as high as No. 8 in the nation after beginning the season with eight consecutive victories. Over the past seven years, the Ichabods have averaged over seven victories including a 10-win season in 2011.

“Bringing in an opponent like Washburn adds new life to this event,” Dorrel said. “Northwest’s 9,000 or so alumni in Kansas City have helped make the Fall Classic what it is today. You get two programs that have enjoyed quite a bit of success in the past few years together in a venue like Arrowhead and it should be an amazing experience. We know how loud that stadium can get and I can’t wait to see what our fans come up with this year.”

Northwest is 9-3 all time at Arrowhead. In the past 12 contests at Arrowhead, the Bearcats have averaged over 29 points per game and have seven crowds of over 20,000. Last season, Northwest defeated Pittsburg State, 24-15, in front of 17,369 in attendance.

“For us, this game represents so much of what we want to accomplish as a program,” explained Dorrel. “The experience for our players to be in an NFL facility for a game each year is an incredible selling point. Our recruiting takes a huge boost when we can explain to potential student-athletes about the atmosphere at Arrowhead and how much it means to our current and former players to be able to play here.”

Tickets for the game go on sale to Bearcat Booster Club members in July and non-booster club members can begin purchasing from Northwest in August.