The Missouri General Assembly has approved requiring parental consent for anyone under the age of 17 to use tanning beds. 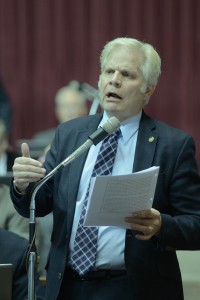 The proposal would penalize businesses that let customers under 17 use tanning beds without annual, written parental or guardian consent. It establishes a tiered system of up to $500 fines for first, second and additional offenses.

Representative Keith Frederick (R-Rolla) says parents need to be paying attention to what their children are doing with their bodies.

“This [bill] allows parents to have some voice over whether their children expose themselves to carcinogens,” says Frederick.