You are here: Home / Sports / With the NFL draft coming up on Thursday, here’s an interesting stat on Mizzou’s draft history that puts the Tigers at or near the top in the SEC (VIDEO) 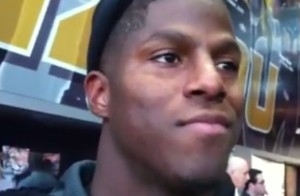 Projected first rounder, Kony Ealy. It would give Mizzou their seventh, first round pick in the last six years.

Jon Cooper from SaturdayDownSouth.com released a story this morning on the draft history of the SEC over the last ten years. As you would expect, schools like LSU, Georgia, Alabama and Florida are at the top in terms of the number of players drafted, but Missouri is near the top or at the top of the conference (depending on what numbers you use) in the percentage of players drafted in the first round.

Click on his link and check out the numbers and fast facts he shares…as always, interesting stuff from Jon.

Jon has 23 Missouri players selected in the last ten years, but I found 21, according to NFL.com. Six of those 21 players were picked in the first round, which is exactly the same percentage (28.57%) as Alabama.  The big difference for the Tide is they’ve had 14 of their 49 picks going in the first round.

Many expect Kony Ealy to be a first round pick and that will help Mizzou’s percentage, but Alabama could have as many as three first round picks.  So, Mizzou fans, I’m going to call it a tie and enjoy the semi-bragging rights until Thursday.