You are here: Home / Sports / Missouri’s Board of Curators set to meet at 1 p.m. to approve basketball coach, yet many details on the candidates remain secret from the public 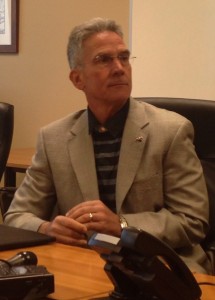 Missouri’s Board of Curators will meet Monday at 1 p.m. in a meeting that will likely approve a new men’s basketball coach. Who the new coach will be has remained a mystery.

On Friday, Central Missouri’s Kim Anderson, the only publicly known candidate for the job, told various news outlets that he had not been offered a contract by Missouri and he was still the coach of the Mules. However, on Sunday night, he offered a “no comment” response. AD Mike Alden had asked Central Missouri for permission to speak with Anderson.

Anderson, who led the Mules to the Division II national championship, has been passed over in the three other head coaching searches conducted by Alden. Ben Howland, the former coach of UCLA is the other name that has circulated.   A few other names have been bantered about among media reports and rumors, but nothing substantial has been confirmed.  Mizzou athletics has done a tremendous job of keeping this search under wraps.

In a public notice released by the curators, it stated, “The Board of Curators will hold an executive session meeting April 28, 2014, pursuant to Section 610.021(1), RSMo, 610.021(3), 610.021(12), RSMo and 610.021(13), RSMo for consideration of certain confidential or privileged communications with university counsel, negotiated contracts and personnel matters all as authorized by law and upon approval by resolution of the Board of Curators.”