The House voted Wednesday in favor of a proposal to cut income taxes by as much as $620-million annually. With that vote SB 509 goes to Governor Jay Nixon (D).

Many Republicans anticipate he will veto this legislation as he vetoed a tax cut proposal last year. If so, Republicans would need 109 votes to override a veto. 104 Representatives voted for the bill and eight lawmakers were absent. 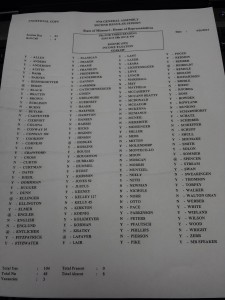