Missouri’s first woman to be House Speaker says she’s ready to lead the state as Governor. Catherine Hanaway responds to those who say she’s been out of politics for a decade and doesn’t have statewide name recognition to carry the Republican ticket. She says it was that ten years that prompted her to run. 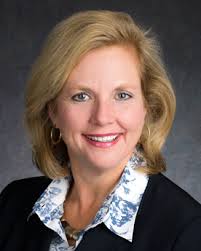 “It was the last ten years that I’ve spent not in public office and in the real world trying to make a living and raising my family and seeing Missouri fall further and further behind the rest of the country in terms of the opportunities that are available to our young people,” she tells Missourinet. “The last ten years that I’ve spent outside of office combined with being Speaker of the House and a United States Attorney is a great combination; it’s kept me very much in touch with what Missourians are facing as they try to realize the dreams their own families have. And so I can’t think of a better way to get ready to lead the state.”

Hanaway says it wasn’t leading the House as the first woman in that role that was a challenge, but leading Republicans as a majority in the House for the first time in 48 years.

“The change in party and control came at a time when there was not a single living Republican Speaker of the House that I could turn to for counsel,” she said. “So, we had a very clear agenda, it took a little time to figure out just how you run a state legislature; I think it’s going to be a similar sea change when we take the Governor’s mansion back.”

She says this time though, she and her colleagues will have former GOP Governors Christopher Bond, John Ashcroft, and Matt Blunt to call upon for guidance.

Hanaway says being the first female House Speaker does give her a unique advantage over her male counterparts though, in that she was the first mom to succeed in the leadership position.

“I do think that gave me a perspective that is important to be represented at all levels of government,” she said, “and that is someone who faces the issues of parent-teacher conferences and sick kids and all those things that are a part of all working parents’ lives.”

Her priority as Governor, she said, would be to work with the legislature to create an economic climate in Missouri that would grow businesses and jobs.

“Government can’t create jobs,” she said, “but government can step out of the way so people can.”

Hanaway Catherine was first elected to the Missouri House in 1998. She was elected the first female Speaker of the House in 2003. She served as the US Attorney for the Eastern District of Missouri from 2005 to 2009. She is currently in private practice with Husch Blackwell LLP in St. Louis.