Missouri is more than one of 20 states that have a mandatory waiting period of at least 24 hours before a woman could receive abortion services. Missouri’s current waiting period is 48 hours, and the Senate Judiciary Committee has taken up a bill that would extend that to 72 hours. Only two other states currently have a 72-hour waiting period, Utah and South Dakota. 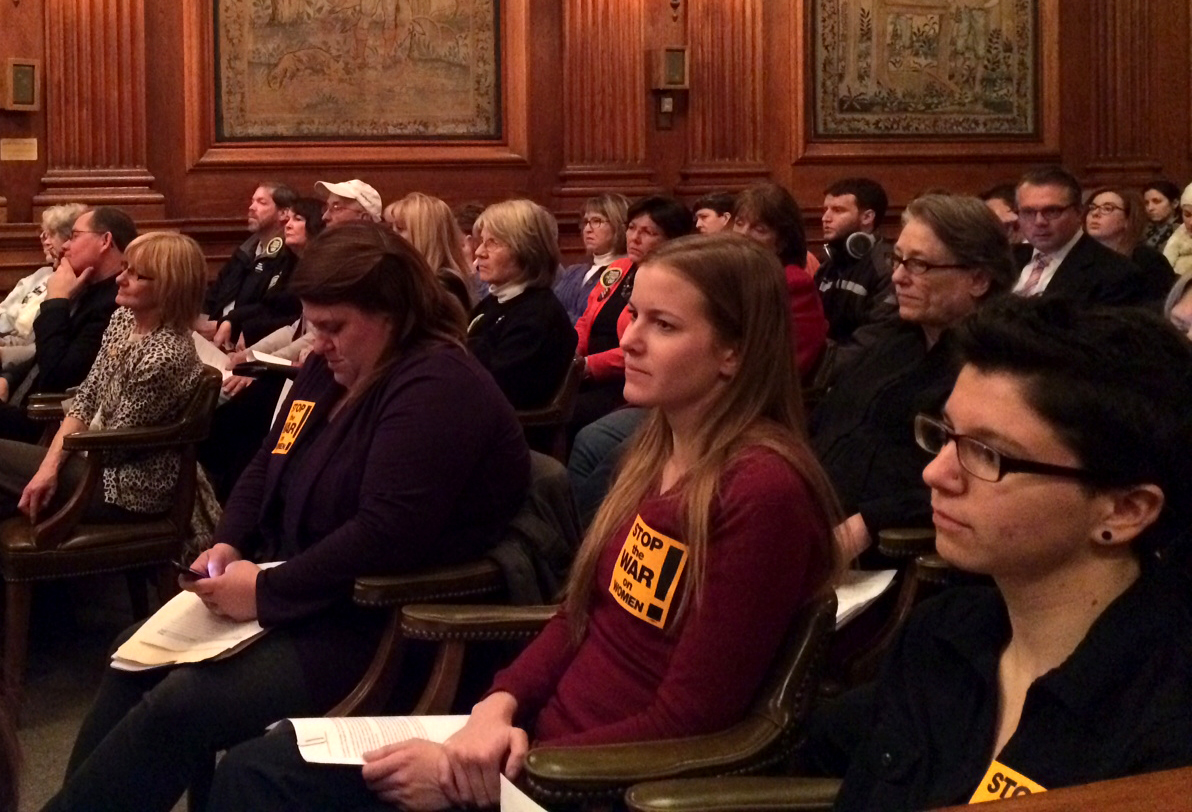 Southwest Missouri Senator David Sater (R-Cassville) is the sponsor of the measure. He opened the discussion by saying his doctor recommended he take some time to think about having elective knee surgery. Sen. Joseph Keaveny (D-St. Louis) told Sater he thought comparing knee surgery to an abortion was a stretch, and that even so, no one told Sater that he had to wait to make a decision.

“Do you know if there’s anyone here tonight to testify that they did not have an abortion but wish they had?

One witness said quite the opposite. Cheryl Barnett, a nurse in Southwest Missouri, said she was faced with a difficult decision that she still struggles with.

“I did when I was 17 years of age, 1980, and I chose abortion,” she said tearfully. “No one told me the risks, I didn’t have time to think about it. Didn’t know where else to go, thought that was my only option. In my personal and professional experience, 24 hours is not enough time.”

Dina Van Der Zalm, a graduate student at the University of Missouri told committee members that it’s demeaning to all women to imply they need 72 hours to make a decision, and that women take their medical decisions lightly.

Susan Gibson told the committee that she’s had more than 30 years to make a decision in a “what if” situation, and didn’t need an additional 72 hours.

“More than half of the women who are seek abortions in this country are already mothers, so I dare say they know what they can take on and what they cannot, ” she said. “To have to give an extra 72 hours of thought to a decision she has already made is tormenting, demeaning, and insulting.”

Gibson and Van Der Zalm also spoke out against a similar measure in the House.

Planned Parenthood says in response to the legislation that “If enacted, SB 519 would require Missouri women to schedule an abortion procedure — in addition to time off work, child care, and travel — at the state’s only abortion provider over the course of multiple days.”

Sen. Bob Dixon (R-Springfield), chairman of the committee, closed the hearing without taking a vote on the issue.