The Missouri legislature passed a law last year that would have made federal gun laws unenforceable in Missouri. However, Gov. Jay Nixon vetoed the measure, saying portions of the bill were unconstitutional. 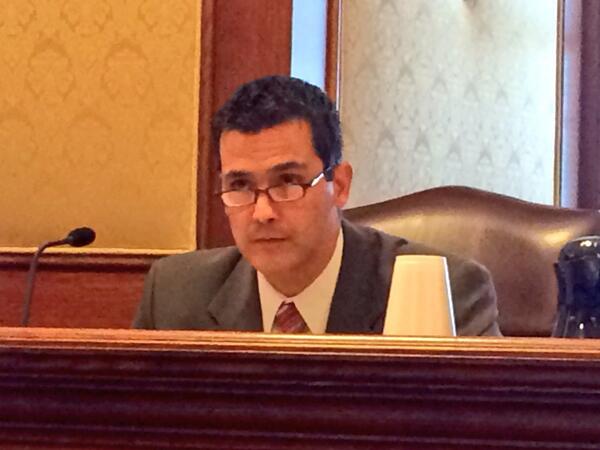 Sponsor of the bill, Sen. Brian Nieves (R-Washington), has again introduced the “Second Amendment Preservation Act,” and has changed language in the bill he says had caused problems in the past.

“We’ve changed the amount of time that a school protection officer can detain someone,” he said in his Senate General Laws Committee, which has taken up the bill. “It is now one hour, it was four hours, again just trying to alleviate some of the concerns that people had.”

Committee member Sen. Rob Schaff (R-St. Joseph) says he supports what the bill is trying to do, which is provide more protection for gun owners, but has concerns about a portion of the bill that clamps down on doctors’ medical reports.

“That language, “no healthcare may disclose or document information,” that’s problematic for me,” Schaaf said. “There’s a tension here between … the freedom of speech of a healthcare professional and then the ability of a citizen to maintain a firearm. As a healthcare professional, I take my first amendment rights very seriously, so to prevent me from documenting information in my medical record, no matter what it is, I should be able to document it.”

Schaaf asked Nieves to consider changing the wording of that portion of the bill and to ‘not allow the ‘perfect’ to be the ‘enemy of the good.'” Nieves replied that he intends to be flexible and work with other lawmakers to pass a workable bill.

As it stands now, the bill would make it a misdemeanor for agents to enforce laws nullified by the act, would lower the age for a concealed carry permit from 21 to 19, and would designate certain school officials to carry a firearm.

Previous Post: « Debate of whether Governor’s budget is ‘unrealistic’ aired in House committee
Next Post: Mizzou has the happiest fan base »