Nixon’s state of the state address urges legislators to support his priorities in a budget that, he said, continues to downsize government, cutting 81 positions from state payrolls, invests in technology, and puts more money into education. 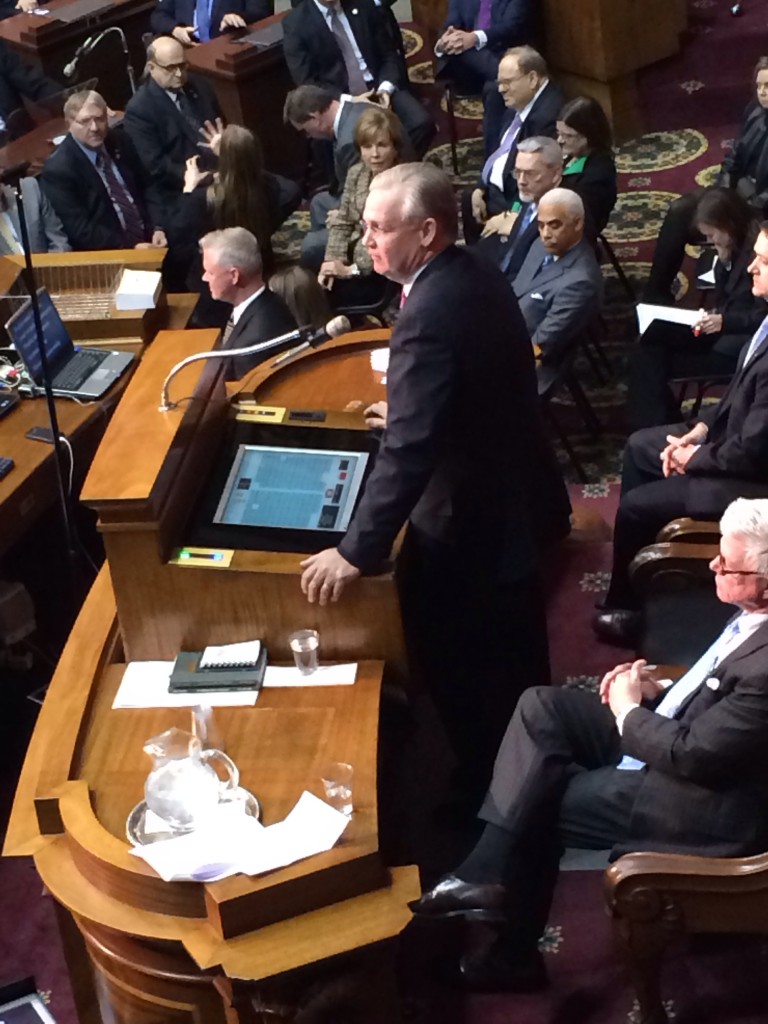 Nixon said with Washington paralyzed by politics, Missouri needs to do more to make a difference for real people, such as Heather Styles of Jefferson City, who cares for daughters Paige and Payton while her husband, Maj. Matthew Styles, serves as a helicopter pilot on his second deployment to Afghanistan.

He said opportunities begin with education.

Offering a brief history of the G.I. Bill, he recognized one such man who benefited from it — Dr. Frank Fontana of St. Louis, who served in World War II.

“This nation’s greatest generation made a commitment to education — and as a result, they made the United States the driver of the global economy and the undisputed leader of the free world,” Nixon said. “Now, it’s our turn to carry on that legacy … We must demand that every school is getting the job done.”

And, he said, Missouri must make sure that every student can afford to get a college degree. And that begins with starting early by investing in early childhood education.

In a not-so-subtle dig at legislators who are proposing measures to implement merit pay and performance-based raises for teachers, Nixon said there are some who believe the way to build up schools is to tear down teachers.

“That simply needs to stop,” he said.

He’s proposing a budget that would increase funding for K-12 by $278 million, putting Missouri on the path to fully funding the foundation formula next year.

The next step, Nixon says, is making college affordable.

“That’s why I have called on our four-year institutions to once again freeze tuition for Missouri undergraduates.”