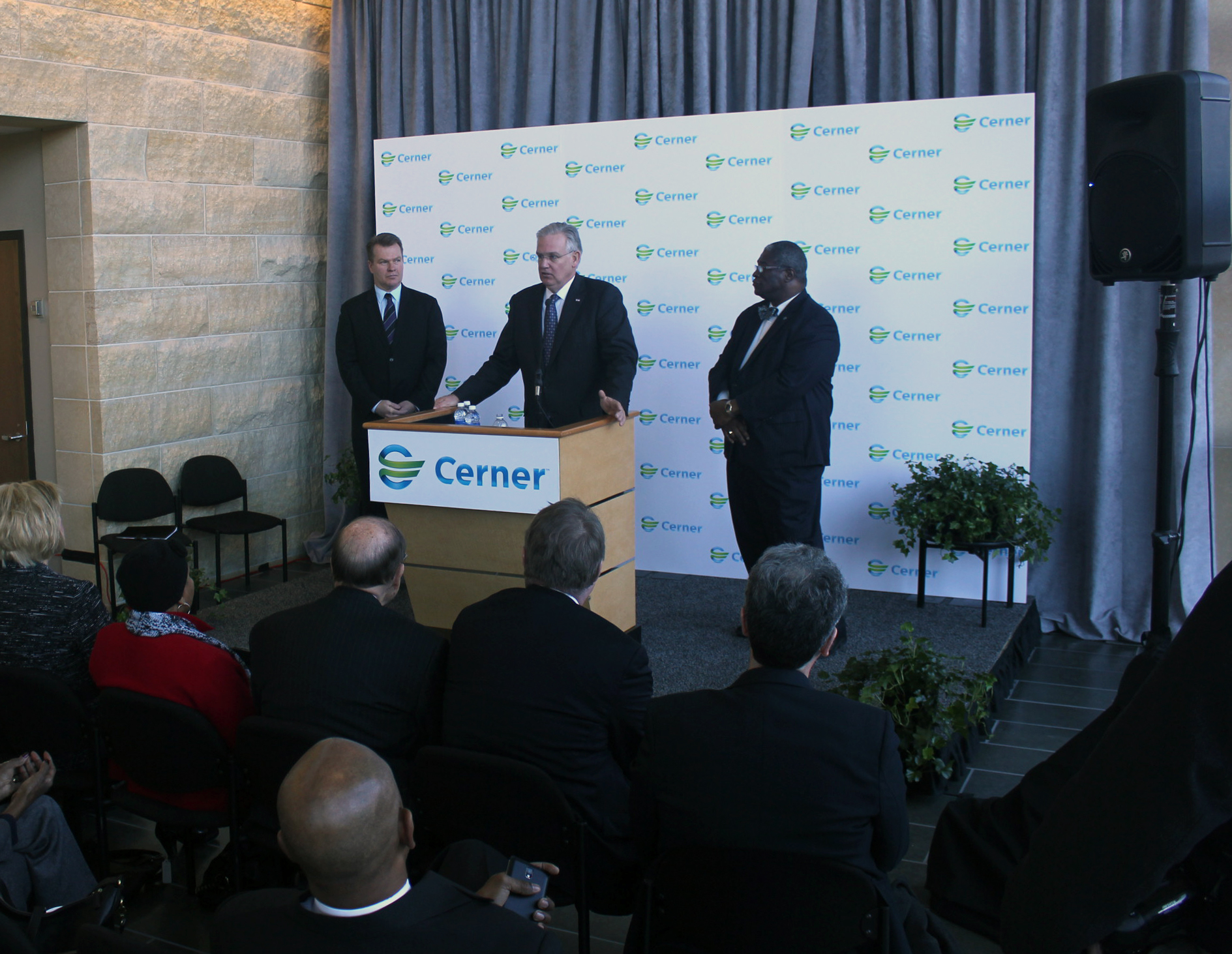 The healthcare data company has purchased the Three Trails Crossing property, which will accommodate up to 15,000 new jobs. Cerner’s estimated $4.3 billion redevelopment of the former Bannister Mall site will be one of the largest economic development projects in state history. Bannister Mall closed its doors in 2007 and was demolished in 2009 after years of decline.

Cerner says the 237-acre redevelopment will extend Cerner’s nearby Innovation campus and accommodate the company’s projected growth, and the redeveloped site will include a training center, potential future data centers, and associate amenities such as on-site daycare, a health clinic, food service, and a fitness center. The company currently has more than 8,700 associates in Kansas City, with nearly 3,000 at the Innovation campus.

“Today’s announcement by Cerner is great news for the company, for the Kansas City region and for the entire Show-Me State,” Nixon said.  “From Day One, my administration has focused on helping Missouri companies create jobs and grow our economy. Today we see the results of this approach paying off in a big way for communities in this region and across our state.”

“I’m excited that this area will soon be a beacon for innovation and another win for our high-tech economy,” James said. “Cerner is a valuable community partner and I deeply appreciate the company’s commitment to our city.”

“In addition, the extended campus will provide an economic boost to the area, allow Cerner to expand its valued community partnerships, and further reinforce the region’s reputation as a technology and innovation hub,” Burke said.

“This is a terrific news for Kansas City jobs—and it’s further evidence that, far from the continued partisan bickering in Washington about the Affordable Care Act, the law is working to protect Missourians, expand insurance, and provide a boost to business opportunities,” McCaskill said. “If ‘Obamacare’ is threatening the economy as some elected officials claim, then somebody forgot to tell the economy.”

McCaskill says a significant portion of Cerner’s recent growth is attributed to federal information technology resources included in the Affordable Care Act, as well as the American Recovery and Reinvestment Act.

“Cerner was previously identified as a company especially poised to benefit from the health care law—and last year, the company’s Executive Vice President was quoted in the Kansas City Star as saying that the Affordable Care Act has been the ‘full employment act’ for health care IT professionals,” she said.

McCaskill also notes that “the failure of the Missouri Legislature to expand Medicaid coverage as provided for in the Affordable Care Act, with the federal government covering most of the costs of the expansion, is harming the state economically.”

She says while health IT provisions — which cannot be blocked by the Missouri Legislature — are enabling companies like Cerner to add jobs, the failure to expand Medicaid in Missouri means that thousands of Missourians will not get access to healthcare coverage, that Missouri hospitals are being squeezed financially, and that thousands of jobs may be at risk or lost.

“One thing that we know that is threatening Missouri jobs, is the Legislature’s failure to expand Medicaid coverage,” McCaskill says. “Expanding Medicaid coverage will mean more folks in our state get the protection of health insurance, will provide resources for Missouri hospitals and doctors, and will create jobs. Every day that the Legislature delays expanding Medicaid means Missourians’ federal tax dollars are being spent in to other states.”

Previous Post: « Many mock NFL drafts have Kony Ealy going to Dallas
Next Post: Legislation filed to propose use of firing squad as a method of execution in Missouri »