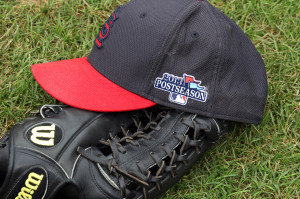 A St. Louis Cardinals glove and hat, sit on the Busch Stadium field during a workout on October 1, 2013. UPI/Bill Greenblatt

They will be joined by former players and broadcasters during their annual trip around Missouri and surrounding states.

There are four different groups who will be hitting different parts of the state from Friday, January 17-Monday January 20. Click on the link below for schedules and autograph guidelines.