Gov. Jay Nixon has ordered that the U.S. and Missouri flags at state buildings in all 114 counties and the City of St. Louis be flown at half-staff on Saturday, Dec. 14 to honor the bravery and sacrifice of Staff Sgt. Eric W. Summers. 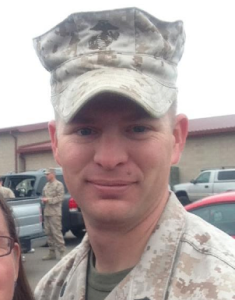 Summers, age 32, of Poplar Bluff, was a United States Marine who died on Nov. 13 while serving his country at Camp Pendleton, Calif. In addition, Nixon has ordered that the U.S. and Missouri flags at all state buildings in Butler County be flown at half-staff from Dec. 15 to Dec. 20.

“We honor the bravery and dedication of Marine Staff Sergeant Summers, and I ask all Missourians to remember his sacrifice when they see the lowered flags,” Nixon said. “Our thoughts and prayers are with his family and friends.”

Summers, who served 13 with the Marines, was assigned to the 3rd Marine Air Wing, Marine Wing Support Group 37, Marine Wing Support Squadron 372 at Marine Corps Base Camp Pendleton. His awards and decorations include the Navy Commendation Medal, with Combat Distinguishing Device in lieu of third award; the Navy and Marine Corps Achievement Medal; and the Good Conduct Medal in lieu of third award.

Four bomb-removal technicians killed at Camp Pendleton during a training exercise, including Summers, two Marines from California, and one from Louisiana. The two Californians killed were 28-year-old Staff Sgt. Mathew R. Marsh of Long Beach, who had been a Marine since 2003, and 27-year-old Sgt. Miguel Ortiz of Vista, a Marine since 2006. Also killed was 31-year-old Gunnery Sgt. J. Mullins of Bayou L’Ourse, La., an 11-year Marine Corps veteran. A Navy Hospital Corpsman and two Marines near the accident suffered minor injuries in the explosion.

Summers is being returned to Southwest Missouri tonight, and his community has turned out to honor his return so that he may be laid to rest. More than 2,300 American flags lined the streets of Poplar Bluff by Wednesday night. Local news agencies report that hundreds of volunteers also put American flags into the ground from where the services will take place to where summers will be buried.

People in the community say Wednesday was all about Eric, and they couldn’t be more proud to say he’s from Poplar Bluff.

Visitation and services are scheduled for Friday and Saturday.