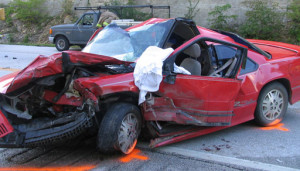 Six people were killed and 46 seriously injured over the Christmas holiday in 20-12. Three of the fatalities and eight of the serious injuries involved an impaired driver. Kelly Jackson with the Transportation Department says authorities will be cracking down from now through New Year’s. Holiday parties stretch through the month of December, and Kelly says MoDOT is asking people to plan ahead.

MoDOT is partnering with the Highway Patrol to get the message across. Posters in bars and restaurants remind patrons to “Drive Sober or Get Pulled Over.” Other signs show a state trooper and read “Going Out Tonight? So Are We.”

“We want everyone to enjoy a safe and happy holiday season,” says Leanna Depue, executive chair of the coalition for MoDOT. “So we are making a special effort to reach motorists with reminders to plan ahead with ads online and at locations where alcohol is served or sold.”

Save MO Lives social media outlets will also be asking followers to post and tweet their safe ride home. Selected winners will receive Best Buy gift cards for their participation.