The attack happened more than a year ago, but for the first time, several of the injured soldiers have come together to recount a day burned into their memories. Members of Missouri National Guard Agri-business Team Six didn’t expect to come under fire in Afghanistan … 14 members of the team took time to talk about it after being honored at a ceremony. 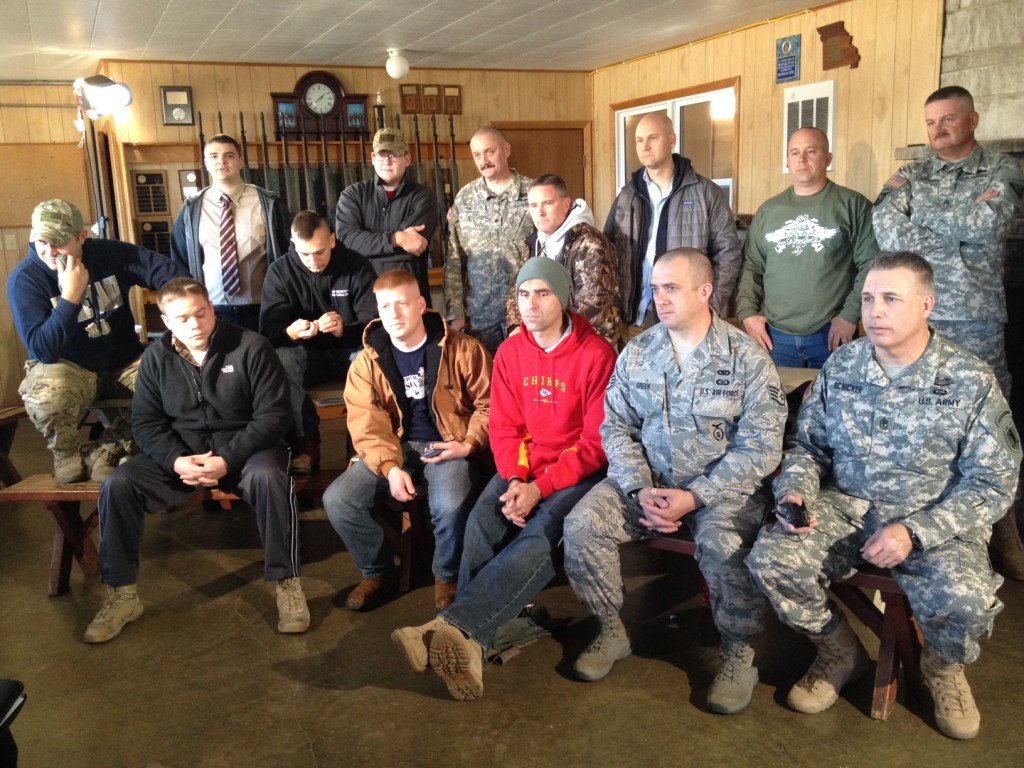 Missouri National Guard Agri-business Development teams were deployed to help farmers in Afghanistan gain independence from the poppy trade and Pakistan. They were supposed to be in a non-combat environment. So when the first round of explosions happened, many members of the team said they second-guessed what was happening. Many of them were thrown to the ground in the first blast, and then again by the second.

AUDIO: Jessica Machetta reports on reactions to the attacks.

And though several of them were injured, none of them were killed. Sgt. Joseph Schicker St. Louis says for many members of ADT 6, this was their first deployment. And most of them had been in Afghanistan only a couple of weeks.

“These bunch of kids … it was the bravest thing I ever saw,” he said. “I mean, Sgt. Messenger and Sgt. Bradley were treating people while they were wounded.”

More than a year after the attack, they can joke about it, laughing at some of the things that happened during an event they say seemed to last forever, but in reality, was only about 30 minutes. Stories of one soldier who had barely escaped being blown up while “in dispose,” jokes about another who thought he, himself was responsible for the explosion.

“My first thought was ‘Oh crap!,” said Sgt. 1st Class Alexander Worth of Kansas City, explaining that he and two others were burning documents and other debris in an empty ammunition container. Worth said his initial thought was that he screwed up and had started a fire with live ammo still in the container. Another says his head hit the ground and he threw up.

“All I know is I remember the noise, and I just woke up on my floor, and I got dressed, put on my gear,” says Staff Sgt. Troy Green of Cameron. “Once I figured out what was going on, I just couldn’t process it. I couldn’t think at the speed I was supposed to.”

The team was honored for their heroism by a group called M1s for Vets in Owensville. Each of them were presented with an M1 Garand — the standard issue service rifle for World War Two and the Korean War — and then competed in a friendly shooting match at a local gun club. That “friendly competition” brought more jokes and teasing among the men.

But on a serious note, each of them has some advice to offer for anyone enlisting, or anyone who is deploying: depend on your training, trust your team, trust yourself, listen, and confront your fears. Oh yeah, and also, “watch your six.” 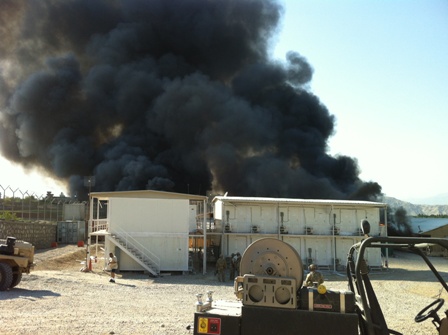 Below are four videos of their stories. See more HERE.