An elderly man reported missing from Raymore–near Kansas City– has been found safe in the south-central Missouri town of Vienna. Police say 87-year-old Kenneth E. Hunt was reported missing yesterday evening after calling his son to say he was putting gas in his car near Odessa–the cell phone was then turned off. A Silver Alert was 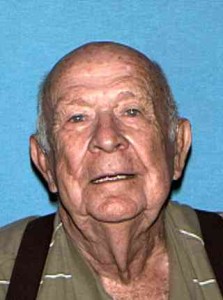 issued for Hunt, who suffers from dementia; Maries County Sheriff Chris Heitman has not elaborated on how or when Hunt was found. Hunt’s family will bring him back to Raymore from Vienna.

Previous Post: « Mizzou football on the bye week (Google Hangout)
Next Post: Larry Flynt says Franklin should not get death penalty, has no desire to meet him (AUDIO / VIDEO) »