Authors of a report focused on the first 8 years in a child’s life say not enough Missouri children are in preschool. The latest Kids Count report also says nationally, not enough is spent on early childhood programs. 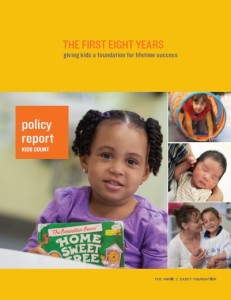 Annie E. Casey Foundation Associate Director for Policy Reform Advocacy, Laura Speer, says in Missouri, 63 percent of the state’s 3- and 4-year-olds in low-income families are not in preschool.

“Fifty percent of those children overall in the state, between birth and 8, are living below 200-percent of the poverty level so they’re low-income families and we know that attending preschool can really make a huge difference for these children.”

Speer says programs that include visits to parents in the early years of a child’s life and that help pay for early childcare have been shown to have a good return on investment.

“Making sure that (parents) have help as they negotiate through the infant years, the preschool years and into kindergarten and the early years of elementary school can make a big difference in helping both the parent and the child transition through that period.”

Speer also advocates the implementation of developmental screenings for all children.

“There are a few states that have actually come pretty close with this in terms of making sure that everyone, especially those children who might be in low-income families … all get developmental screenings, either through their early childhood providers or through doctors, because that can identify places where intervention can be done quickly and relatively cost efficiently.”