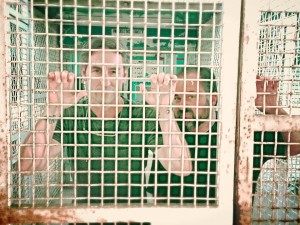 The stars of American Pickers, Mike Wolfe (left) and Frank Fritz pose inside Housing Unit 3 at Missouri State Penitentiary. The pair visited the prison and other sites in central Missouri in July.

All the items in the prison are state property.